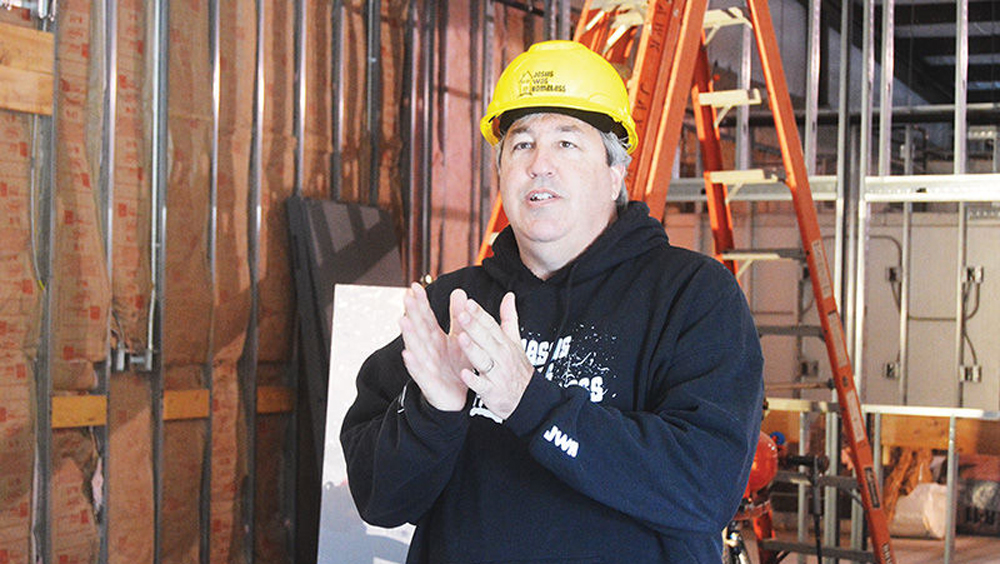 If you had asked me 10 years ago what I would be doing in 2018, I probably would have said I’d be working for corporate America and not living in Branson, Missouri.

It’s a good thing God doesn’t reveal the future to us. Not only would I have doubted the life I now lead, I probably would have run from it! 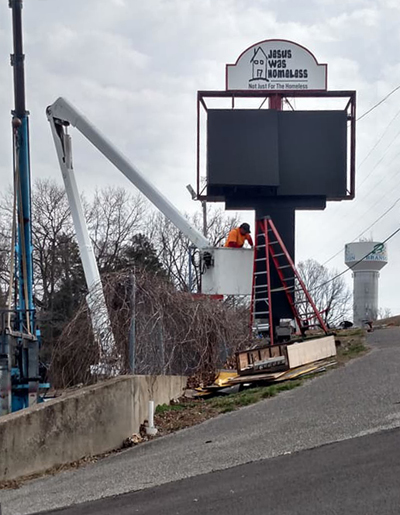 But God has a strange way of working his will into your life. He intentionally doesn’t show you the entire road ahead that he has charted for you. Instead, He reveals it in bits and pieces, often on a “need to know basis,” so we don’t freak out when we see what’s coming our way.

In my case, and in the case of Jesus Was Homeless, it started with a small immediate vision. Back in 2008, my wife Amy and I wanted to do something to help those living in poverty in the Branson area. We quickly discovered that many folks came to Branson looking for a new start, only to find limited work opportunities here.

Amy and I weren’t thinking in terms of a community outreach program that would touch every extended stay motel in the Branson area. We weren’t thinking about taking an abandoned theater and giving it new life by converting it into a vibrant campus where people’s needs would be met. We weren’t even thinking about delivering sack meals to some 1,400 people in need every Thursday evening.

We just saw families that couldn’t afford a traditional Thanksgiving dinner with all the fixings, and we wanted to give that to them. 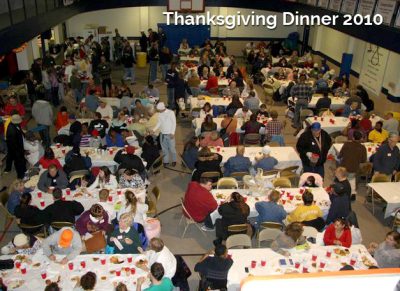 So we partnered with volunteers who felt the same way we did. We put together a free dinner, and we were overwhelmed by the response that we got! That experience showed us the problems people in poverty live with every single day, and exposed the need for us to do something more to help them.

And from that, Jesus Was Homeless was born in 2009. You know the rest of the story, and how the outreach has grown from there.

I’m reminded of the story in the Bible where Jesus was talking to a large crowd far from town. Suppertime was coming, and there was nothing for the people to eat. Jesus asked what was on hand, and the disciples gave him a few loaves of bread and some fish. That wasn’t enough to feed the disciples who were traveling with Jesus, much less a large crowd. But Jesus took what was on hand, blessed it, and it gradually grew into enough food to feed thousands. So much food in fact, that they even collected baskets full of leftovers! 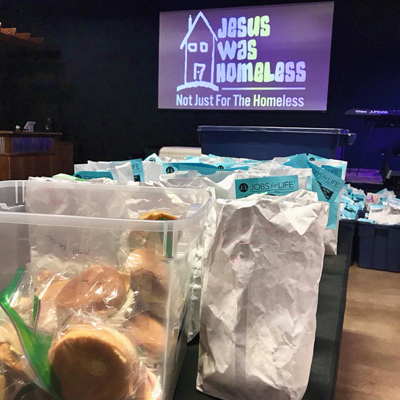 That’s a lot like the way Jesus Was Homeless has grown and developed. God took the few things and volunteers we had, and He multiplied them. He kept bringing in more and more people to help, and more resources to support our efforts. Now, a full decade later, we’re poised to add even more new services in 2018!

What started out as a one and done meal in 2008 has turned into so much more than we could have ever imagined.

The miracle that God made happen for Jesus Was Homeless can happen in your life, too! All you have to do is be willing to go where He leads. And I can tell you this from experience – you sure will be surprised by where that journey takes you!