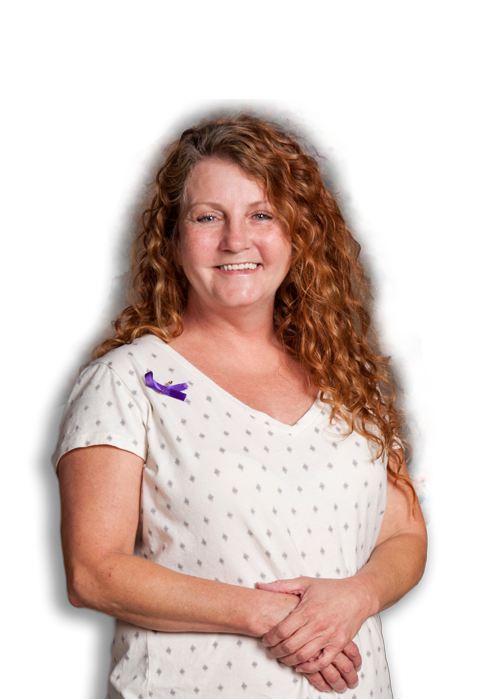 Carla grew up with her mother and grandmother taking her to church. But that was only a reprieve from the abuse she experienced as a little girl. Her childhood is full of memories of being sexually abused and of seeing her mom being beaten by the men in her life.

Carla was made to believe that love was conditional… that it had to be earned… in some cases, through sex. Shame and guilt were her two best friends. At the age of 8, Carla began huffing gas to get high so she could temporarily forget about the abuse she had to endure.

After witnessing the physical abuse her mother suffered, Carla swore to never let herself get into the same situation, and yet, that’s where she found herself… over and over again. She was always looking for that Prince Charming to take her in his arms and love her. The only comfort Carla ever found was in drugs.

For 20 years, Carla numbed her pain with drugs. But through 4 children, prison sentences, and abusive relationships, she held on to that tiny glimmer of hope she had as a child… that still, small Voice she learned to hear in the little church her grandmother took her to. Carla never quit talking to God.

Carla finally hit rock bottom when, because of her previous convictions, she was facing life in prison for a drug conviction. The judge gave her one last chance to go to rehab instead of prison. Carla took hold of that. She didn’t know any way to live except “illegally”, as she put it. Carla not only got into recovery, she had a “God Encounter” in rehab. She finally felt loved and worthy! She found her Prince Charming!

She also found a flyer for Jesus Was Homeless’ Jobs for Life program. Carla entered the program where she learned not only work ethic, resume creation and interview skills, but also basic life skills like creating a personal budget, relational skills, and self care. It was a great next step after rehab.

Carla graduated from Jobs for Life and now works as a Support Advocate at a local non-profit where she helps women and children facing the same issues both she and her mother faced. She has a home, a job she loves and is a vital part of the volunteer team at Jesus Was Homeless and our sister church, Gateway.