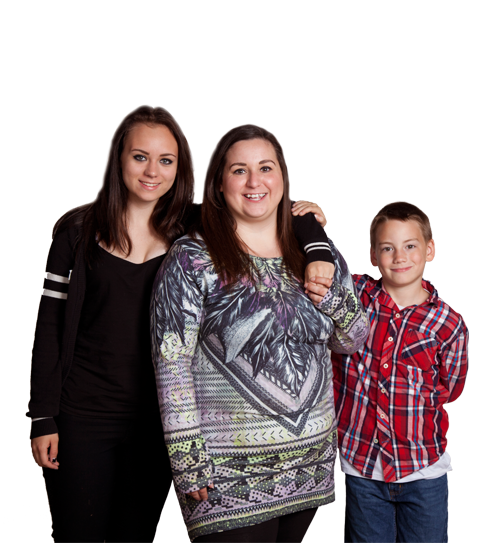 At the age of 25, Keisha found herself living in a hotel and addicted to drugs. She wasn’t able to care for her children, so she surrendered them. She was depressed, lonely, scared and she hated herself. She was drained and empty. She had given up and just wished for death.

Keisha eventually got her kids back, but she was still jobless and living in a hotel. One ray of hope was the Jesus Was Homeless volunteers that came by the hotel rooms with food. Though Keisha continued to spiral in a pit of despair, every week, the volunteers’ compassion and care offered her a little bit of hope.

Things got so bad three years ago that Keisha had to steal change so her children had something in their stockings for Christmas. She didn’t know how she could even feed them breakfast. And then Bryan Stallings showed up at her door with a meal and an invitation to church and free breakfast. Boredom and hunger drove her to Gateway, but God kept her there. She felt accepted, never judged and LOVED. She felt home.

Today, Keisha’s life has radically changed. She is sober and rebuilding the relationship with her kids. She completed the Jobs for Life program and has a steady job where she got promoted after just a few months. She has her own home and now Keisha delivers meals on Thursday nights. She is on the team that leads Restore Recovery Group at Jesus Was Homeless. It all started with a simple sack lunch and, “Would you like to have breakfast with us?”